Excuse me while I freak out!

First up, let me pass on the link for week 4 of the Dancing With The Stars blog. This week we took on Rock & Roll week.

It hit me yesterday while I was settling in to my new work station at work that I am moving in 3 weeks!! April 30th I sign the lease and get the keys to my new place. This thought fills me with extreme happiness and equally extreme dread. Why dread, you may wonder? I have a storage shed full of furniture from the last apartment. I have packrat tendencies and I need to go clean that sucker out and throw almost everything away that is in there. (I am going to yard sale a lot of it, I hope!) I have made a vow to myself that this time around I am NOT going to hoard things, simpler is better, and all that jazz.

Regardless, you will need to forgive me if I am in the middle of mild freak outs and melt downs over the next couple of weeks. I have packing and purging to do and procrastination is my first thought process. (Oh and if you are in Phoenix on May 5th, you can come assist in the moving process. I know you want to!)
Posted by Michelle at 6:07 AM 1 comment: 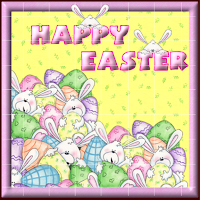 Hoppy Easter wishes from me to you!
Hope THE Bunny brought you all sorts of chocolate and jelly beans!
Posted by Michelle at 2:43 PM No comments:

Leave comments, do a little waltz, have fun with us! I don’t watch every season of DWTS, to be honest. I have a big issue with DWTS and the fact that they do a two hour results show. (I hate this about all results shows that are over 30 minutes. Let’s be honest, you don’t need to give us a ton of filler fluff to lessen the blow of your favorite going home. Rip that band-aid off and get it over with. ) However, this season I tuned in to see how Laura “Half-Pint” Ingalls aka Melissa Gilbert would do while paired with the ego that is known as Maks. And then got sucked in, mainly due to the most gorgeous specimen I have seen in a while – William Levy! 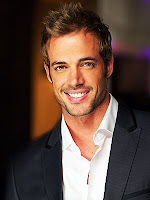 “Game of Thrones” also made a spectacular season debut on April 1st Last year when GoT was getting ready to debut, the New York Times had a woman review it. She called it “boy fan fiction” and eluded to the fact that only weird girls who enjoyed p0rn would enjoy this series, but no female she knew would be caught dead watching something like this. Gee, I must know a lot of dead people because I actually know more women that watch GoT than men. And I have to tell you - they aren’t weird. They come from all walks of life, but they are all well adjusted adults. This year, NYT again did a review where they assumed that only the Dungeons & Dragons crowd would be watching GoT. Hmm, you know what happens when you assume, right? (This amused me as they ran, at the same time, an article on Peter Dinklage, who not only stars on Game of Thrones but won an Emmy for his portrayal of Tyrion Lannister.) Luckily Huffington Post got it right. A great article by Alexandra Gekas. I embrace geek happily and I *LOVE* Game of Thrones!

The absolutely lovely, Tracey gave my Book Nook blog the Liebster Award! I am so touched that she did that! Please check Tracey out, she is one witty and fun lady to chat with. And watch my Book Nook blog for the award posting.
Posted by Michelle at 5:56 AM 2 comments: